Today, Friday 30 November, the Zoological Museum at Kiel University (CAU) opened the new exhibition "F. - Treasure chest and window into the past" with a festive ceremony. Behind this title is the world-famous insect collection of the Kiel scholar Johann Christian Fabricius, who worked as a natural scientist at Kiel University in the 18th century. As a student of Carl von Linné, Fabricius founded modern entomology in Kiel, and built up a comprehensive and scientifically extremely valuable collection. It consists mainly of insects and crustaceans from all over the world, which were then still not scientifically described. The Zoological Museum at Kiel University is now making this collection accessible to science, and to a lesser extent also to the public.

The diversity of his private collection arose from Fabricius' lively exchanges with the most important naturalists of his time, such as the British Sir Joseph Banks or the Frenchman Georges Cuvier. Fabricius took parts of their collections and systematised them in Kiel, while other parts remained at the respective collectors. This includes significant insect collections, which were preserved by Fabricius' students in Copenhagen. Among the total of around 11,000 individual items of the collection which were returned to Kiel, there are, for example, the beetles discovered during James Cook's first circumnavigation of 1768. The objects gathered from all over the world still serve as a reference today for the investigation and naming of individual species.

The CAU acquired Fabricius’ private collection after his death in 1808, and preserved it for many decades until shortly after the Second World War. It only survived this with a great deal of luck, as the Zoological Museum was one of the few university buildings which was not destroyed. In the post-war period, Kiel University loaned the collection to the Natural History Museum at the University of Copenhagen. At that time, the possibilities there for preparing and preserving the collection were significantly better than in Kiel. Since then the collection has been on loan in Copenhagen, but remained in Kiel University’s possession.

In recent times, there have been increased efforts to have the Fabricius collection returned to the Zoological Museum in Kiel. In the past year, a solution could finally be found that is satisfactory for both sides, as well as for scientists from all over the world. The entire beetle collection, including the collections originally from Copenhagen by former Fabricius students, as well as around 100 marine crustaceans, has returned to Kiel. The remaining parts of the collection, including the butterflies, remain entirely in Copenhagen. This division allows effective scientific investigation by the relevant experts and the participating museums, since all specimens of an animal group are kept at the same location.

"We are particularly proud to make the Fabricius collection, which is an important part of the scientific and cultural heritage of the CAU, once again accessible to the public and science in our museum in Kiel," emphasised CAU President Professor Lutz Kipp, who had campaigned for such a presentation at Kiel University. "The fact that we can exhibit it again in Kiel after around 70 years, is particularly thanks to Professor Thomas Bosch, who has long been tirelessly working towards this, and who led the efforts to reach agreement with the Danish colleagues," continued Kipp.

“It is a great pleasure that the scientifically and historically significant collection of the Kiel zoologist Johann Christian Fabricius has returned to its home university, and will also be accessible to a wider audience. Fabricius set standards which remain long beyond his time," said Minister of Science Karin Prien. "The exhibition is a jewel in Schleswig-Holstein's university landscape which the CAU can rightly be proud of."

"In retrospect, the time in Copenhagen has proved to be a stroke of luck: there, the total of around 11,000 objects from Kiel were expertly prepared and re-categorised. So the collection is in excellent condition today," emphasised Dr Dirk Brandis, Director of the Zoological Museum in Kiel and responsible for the new exhibition. "We are very grateful to our Danish colleagues for this," said Brandis.

To present parts of the valuable collection appropriately for today's audience, the team around Brandis and Kuhlmann developed a balanced mixture of classical and modern exhibition forms. As such, a selection of particularly impressive specimens taken from the worlds of insects and crustaceans are highlighted with special lighting. These two main elements are complemented by a multimedia concept, which presents the history of the collection, the natural history networks of the 18th century, and Fabricius' impact in Kiel, in an attractive and contemporary way. The museum has invested around 40,000 EUR in constructing the exhibits and developing the media technology with touch displays and special fibre optic light conductors.

To honour the cultural-historical and scientific value of the collection, the CAU has created a special position for the curatorship of the collection. At the end of 2015, the entomologist Professor Michael Kuhlmann was brought on board, who previously worked at London's Natural History Museum. In addition, the university has invested significantly in the museum’s technical facilities. Therefore, the sometimes centuries-old and irreplaceable specimens can not only be safely stored, but the museum can also do justice to the international research interest associated with the collection. "Since we’ve had this treasure in our building, the scientific enquiries have risen sharply," said Kuhlmann. "Around 70 international scientists use the Fabricius collection per year, and investigate a wide range of aspects of the collection," said a delighted Kuhlmann. Thus, the historic insect individuals help, among other things, to reconstruct the climate history in certain regions, or to understand the fauna development over a period of two and a half centuries. Last but not least, the collection is a significant archive which enables conclusions about the state of biodiversity in the past and the present.

"From a scientific point of view, the Fabricius collection has a value which can hardly be overestimated," emphasised the zoologist and CAU Professor Thomas Bosch, who - together with colleagues - has tried for years to obtain the collection for the CAU. "The fact that we now can keep it in Kiel, we also understand as a special obligation for more intensive international cooperation," continued Bosch. For example, it is planned, together with the Danish colleagues, to decode the genetic information of type specimens of crustaceans from the Fabricius collection, which are biologically relevant species for fisheries. Those responsible in Kiel hope that - in addition to the scientific findings - this could also result in a fruitful cooperation with Copenhagen’s important Natural History Museum. In addition, the Fabricius collection will be digitalised and made available online step-by-step in the coming years, to give unrestricted access to its data to the international scientific community. 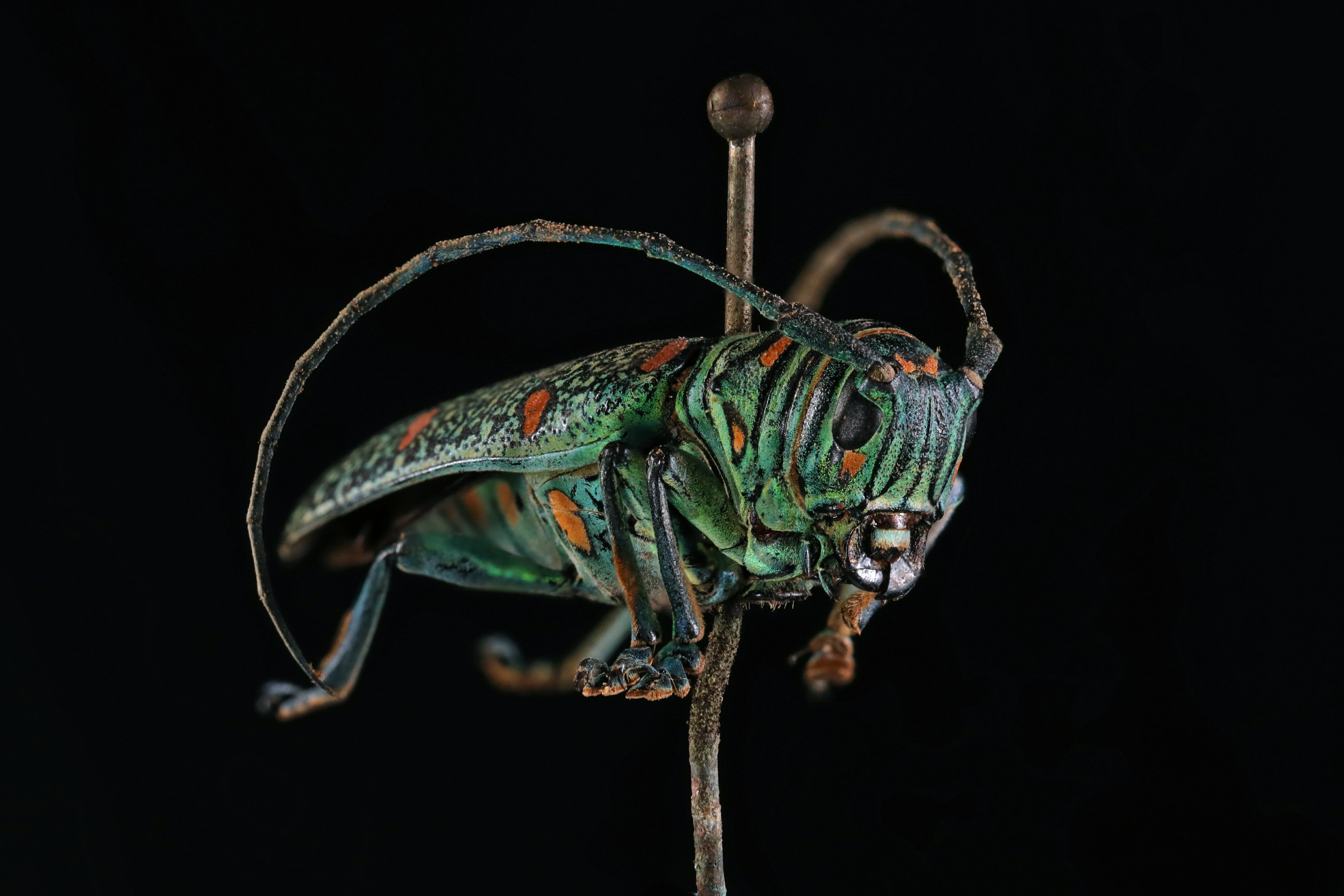