It is a high-speed movement: within fractions of a second the mouthparts of the dragonfly larvae spring forwards to seize its prey. For decades, researchers had assumed that this action must have been driven primarily by hydraulic pressure. Now, for the first time, scientists at Kiel University (CAU) have completely decrypted the biomechanical functional principle of what is known as the labial mask of dragonfly larvae. A vital contribution to this discovery was made by the team led by Dr Sebastian Büsse of the Zoological Institute in its development of a bio-inspired robot with the operating principle of the complex mouthparts adapted to test its own hypothesis – the technology used here could lead to a significant enhancement of agile robot systems. The results of the ambitious research project were published on Wednesday 20 January in the renowned specialist journal Science Robotics.

“One of the major advantages of bio-inspired robots is the opportunity they provide for testing ideas on biological functional principles that would otherwise be very difficult to check. What is ideal about robotics is that it functions in two directions: we learn something about biology and develop something that can be applied in technology,” said lead author Büsse, explaining the methodology behind his project.

Using various interdisciplinary analysis techniques, the team was first able to decipher the operating principle of the labial mask. Calculations revealed that its musculature cannot provide enough power output to perform the observed movements without additional energy storage, said the expert. The jet propulsion of the dragonfly larvae’s mouthparts functions much more like a controllable catapult system, he added: an internal elastic structure in the dragonfly’s head that is held by a muscle like a spring under tension. This is where the muscle’s energy is stored, he said. The two segments of the labial mask are interconnected and are locked and triggered by a shared mechanism.

According to the Kiel-based researchers, these types of systems are widespread in the animal kingdom and can be found, for example, in grasshoppers, cicadas or Mantis shrimp. However, a particular feature in the case of the dragonfly larvae is that this is the first time a synchronised dual-catapult system has been described. “Two catapults that are in one structure but can be preloaded independently. They work together to control the labial mask with great precision,” added Alexander Köhnsen, student and project participant.

“We have visualised our hypothesis of the complex motion sequence using 3D animations of the processes in order to make them easier to understand,” continued Köhnsen. It became clear that being able to control two catapults independently within one system meant better control overall, he said. This could be applied in technology, for instance, in developing particularly agile robots. “Our system facilitates better control in a catapult-driven process, such as jumping, where additional control and stabilisation systems need to be small and light. It could improve the performance and efficiency of these types of robots,” said project leader Büsse. An initial trial has already been completed: to test its hypothesis, the research team has successfully produced a robot using 3D printing. Professor Stanislav N. Gorb, head of Functional Morphology and Biomechanics and senior author of the study, concludes: “After various modern analyses of structure and movement, it was fantastic to end up developing a functioning bio-inspired robot here in Kiel. Its special structure has provided us with more detailed insight into the operating principle of the biological model.” 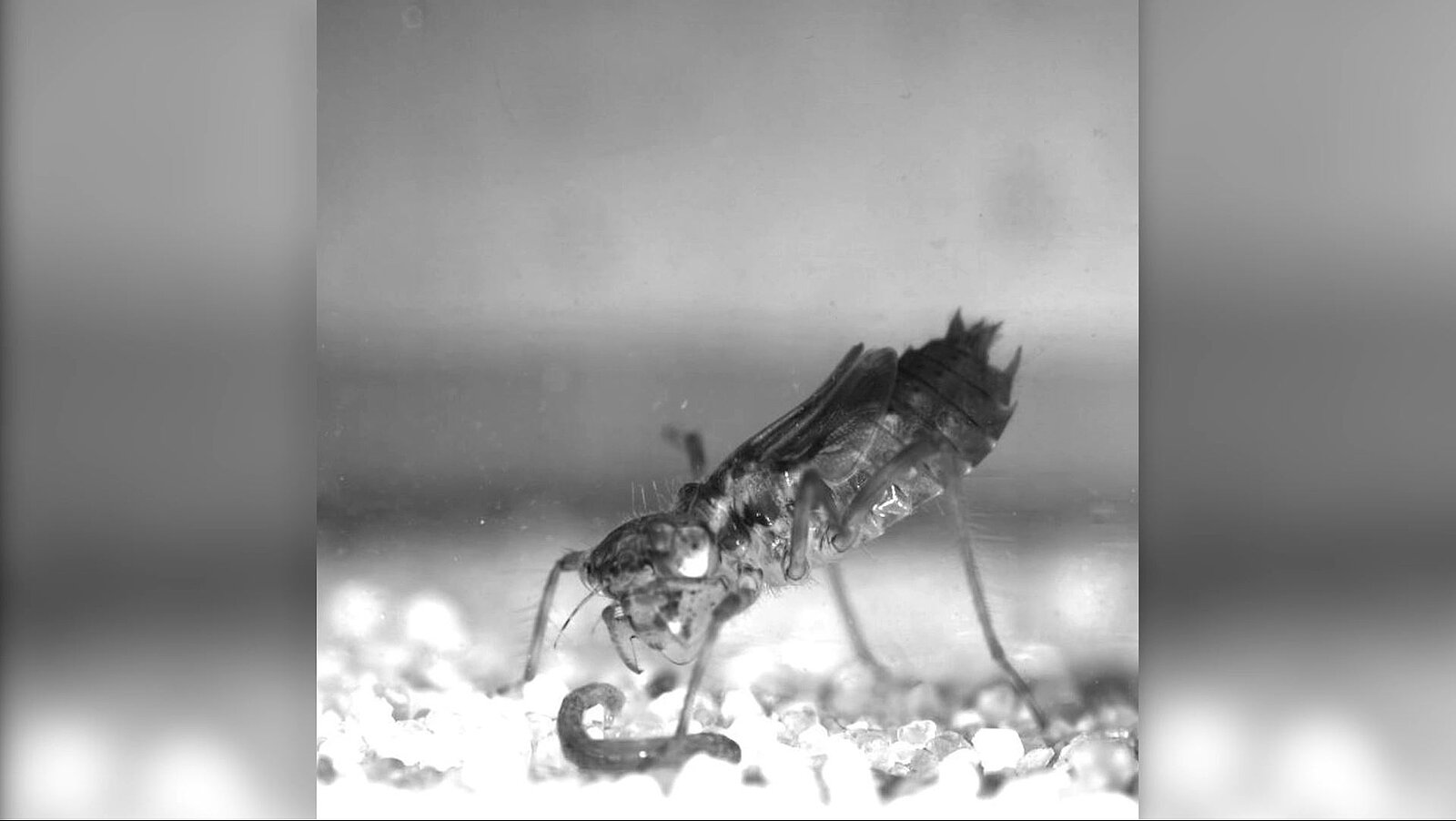 The research project “From the larva to the adult – morphology and material composition of the mouthparts in Odonata focusing on biomechanics and ontogeny” has been funded by the DFG since 2014.