After 33 years, CEBIT and the Hannover Messe are joining forces. From 1 to 5 April, more than 6,000 exhibitors at the world's leading industrial trade show will present the latest developments in the fields of digitalisation, Industry 4.0 and research. Kiel University (CAU) is among these once again. In Hall 2 "Research & Technology", scientists from the true north will present 17 interdisciplinary and transdisciplinary research projects. In addition, 39 stage presentations will offer an over-the-shoulder perspective of current research projects on topics such as battery research, autonomous ship navigation or radar-based pollutant measurement procedures. Two panel discussions are also planned, with Minister of Science Karin Prien on Monday 1 April on the topic of "Artificial Intelligence in research", and with Minister for Economic Affairs Dr Bernd Buchholz on Wednesday 3 April on the topic of "Leap innovation and the digital economy." The official highlight of the trade show presence is the Schleswig-Holstein Day with a parliamentary evening on Wednesday 3 April. The week closes on Friday 5 April with the Kieler Forschungswerkstatt (Kiel Research Workshop), a joint organisation by the CAU and the Leibniz Institute for Science and Mathematics Education (IPN). Hands-on activities and experiments will be presented on the topics of "Nanotechnology in everyday life" and "Plastic in rivers and oceans".

The main theme of this year’s trade show appearance is "Kiel University Interfaces". "This is also the title of the proposal, with which we are currently applying to become a University of Excellence. Our focus here is on interdisciplinary and transdisciplinary interaction and cooperation between disciplinary cultures, subjects and institutions. In Hanover, we want to show how we are already bringing this idea to life Schleswig-Holstein," announced CAU President Lutz Kipp. Accordingly, the CAU’s partners this year are the state Ministry of Education, Science and Cultural Affairs and the state Ministry of Economic Affairs, Transport, Employment, Technology and Tourism, the Business Development and Technology Transfer Corporation of Schleswig-Holstein GmbH (WTSH) as well as the Fraunhofer Institutes from Itzehoe and Lübeck. 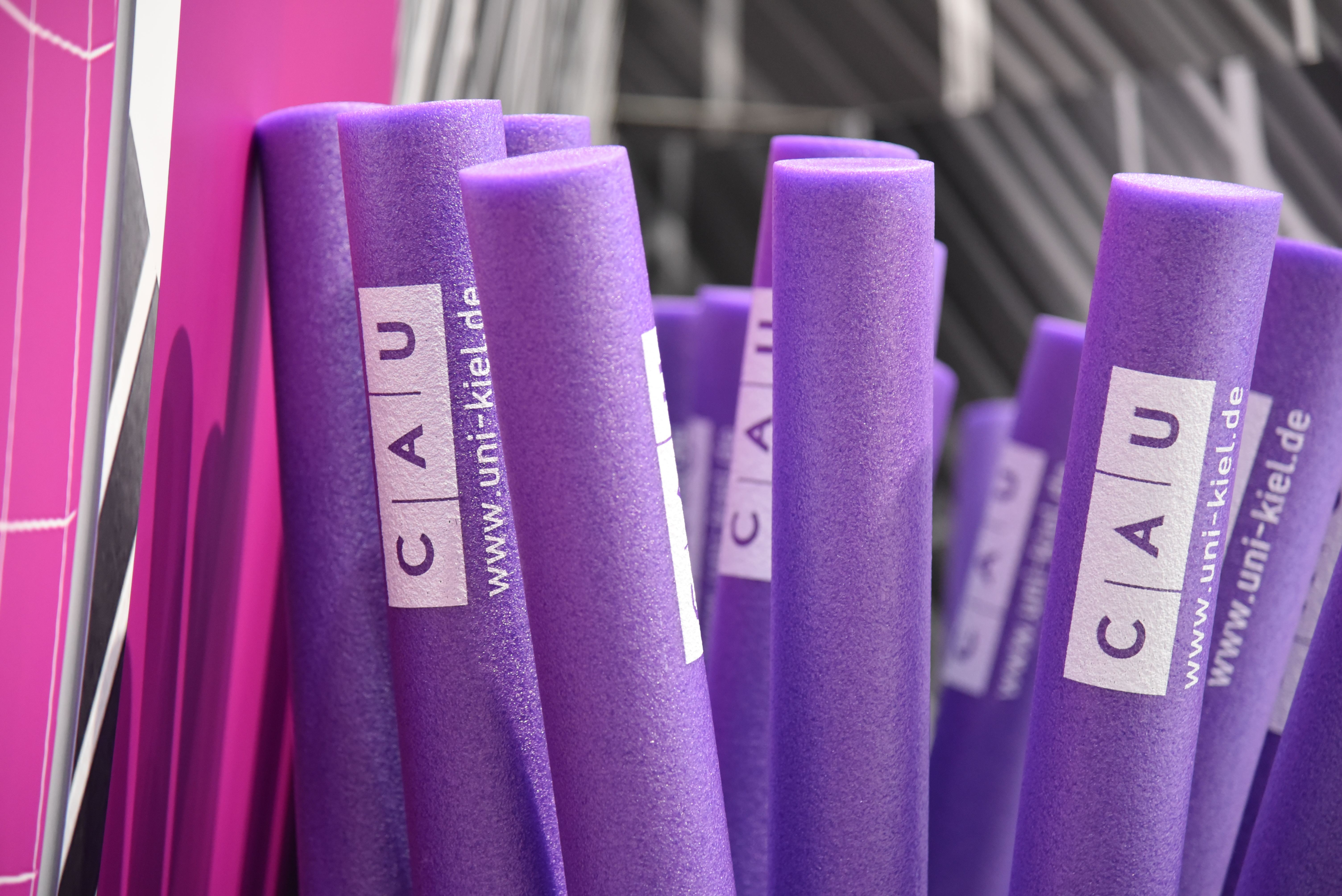